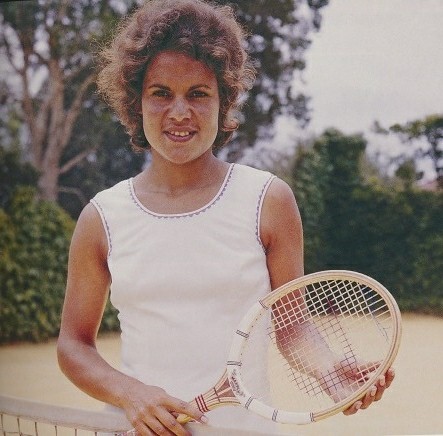 Tennis champion Evonne Goolagong was the first Indigenous Australian woman to achieve international sporting fame. A member of the Wiradjuri people, she grew up in the small town of Barellan, New South Wales. She was encouraged to play tennis by a local resident and in 1967 was spotted by tennis coach Vic Edwards, who was impressed with her natural grace and timing. In 1971 Goolagong took the tennis world by storm, winning both the French Open and Wimbledon singles titles. She was named the Associated Press Female Athlete of the Year, an award rarely won by a non-American.

Accepting her Australian of the Year award, Goolagong remarked: ‘It’s something I’ve always wanted – to be known as an Australian. When I was younger I was always referred to as an Aboriginal tennis player.’ Goolagong retired from tennis in 1983 with fourteen grand slam singles and doubles titles to her credit.