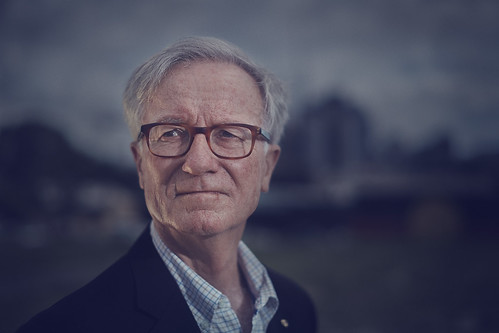 Fred Chaney’s hard work in support of often marginalised people has never faltered.  As founding co-chair of Reconciliation Australia and an early advocate for Aboriginal voting rights, Fred’s contribution includes establishing the Aboriginal Legal Service of Western Australia and  between 1978-80 sat as Federal Minister for Aboriginal Affairs.  For many years, Fred was Deputy President of the National Native Title Tribunal and, more recently, is Chair of Desert Knowledge Australia and chaired the Board of Central Desert Native Title services.  He was instrumental in establishing the Graham (Polly) Farmer Foundation, which supports Indigenous young people to reach their potential.  Fred’s long history of public service is rooted in his fierce commitment to social justice and a belief in the inherent equality of people.  In all his leadership roles, Fred inspires others to work collaboratively, respectfully and ambitiously to overcome the barriers that inhibit people’s full economic and social participation in Australian society.