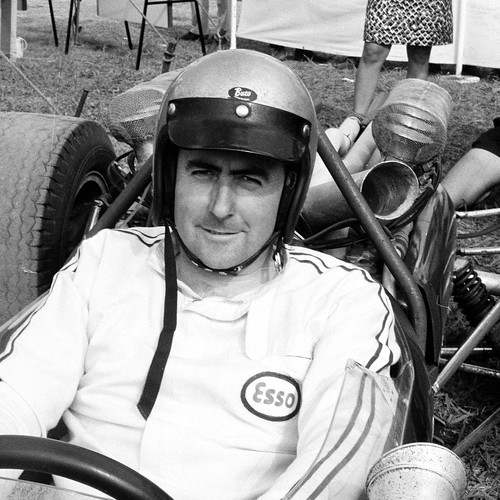 Sydney-born Sir Jack Brabham is one of the biggest names in Australian motor sport. An apprentice mechanic before serving in World War Two, Brabham emerged as a leading driver and manufacturer of racing cars. After success in Australia he moved to Britain in the 1950s to drive for the Cooper racing team, winning the Formula One World Drivers Championship in 1959 and 1960. Brabham then quit Cooper and began to design, build and race his own cars.

In 1966 he achieved the unique feat of winning both the World Drivers Championship and the World Constructors Championship. Brabham became the biggest manufacturer of racing cars in the world, and his racing team won a further three Formula One World Championships.

When named Australian of the Year, Brabham accepted the award on behalf of motor sport in general, saying ‘it is a terrific thing for the sport to receive this sort of award.’