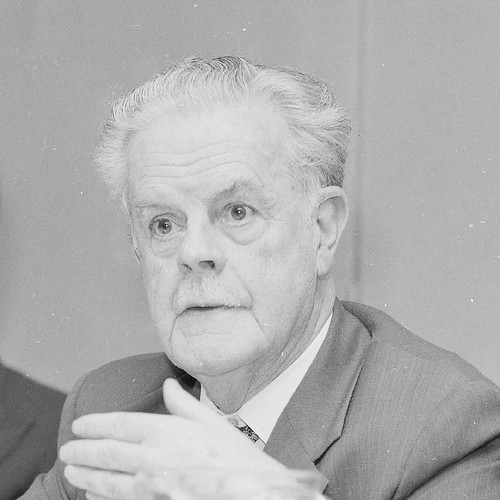 Agricultural economist Sir John Crawford was born in Sydney and was a major contributor to economic development in Australia and overseas. In the post war period he held several important positions with the Australian Government, including Director of Research in the Department of Post-War Reconstruction, and Head of the Department of Commerce and Agriculture. In 1956 he was appointed Head of the Department of Trade and negotiated the crucial trade agreement with Japan in that year. In 1960 Crawford joined the Australian National University and subsequently served as Vice-Chancellor and then Chancellor. He was strongly committed to international development and served on several international aid agencies and advisory bodies; he also played a key role in the formation of the Australian Government’s own aid agency in the 1970s.

When presenting the Australian of the Year award, Governor General Sir Zelman Cowen described Crawford as ‘one of the foremost architects of Australia’s post-war growth.’