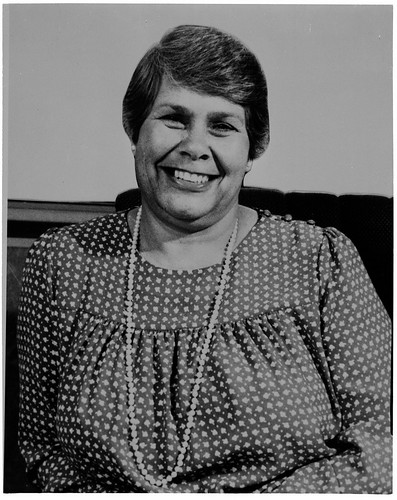 Lowitja O’Donoghue was born in South Australia to a Pitjantjatjara mother and Irish Australian father. Separated from her parents as a two-year-old, she was raised at the Colebrook Children’s Home. In 1954 she commenced training as a nurse at the Royal Adelaide Hospital and later worked in the South Australia public service. In 1972 she joined the newly created Department of Aboriginal Affairs and was appointed Regional Director of the Adelaide office three years later. In 1977 she was elected the foundation chair of the National Aboriginal Conference, which had been established by the Commonwealth Government as a forum for Aboriginal views.

Bob Hawke named her the 1984 Australian of the Year ‘for her work in bridging the cultural gap between Aborigines and the rest of the community.’ O’Donoghue accepted the award but campaigned for a change in the date of Australia Day. She later served as the inaugural chairperson of the Aboriginal and Torres Strait Islander Commission.