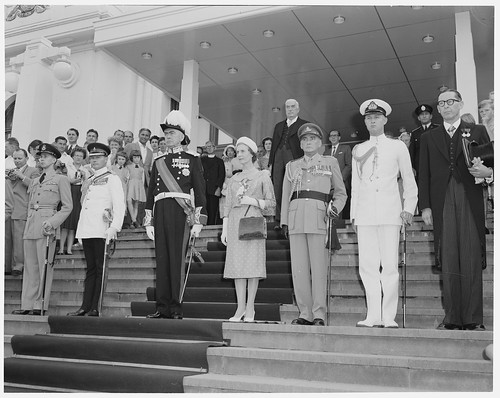 Born in Kilmore, Victoria, and educated at Melbourne High School, Sir Murray Tyrrell was an Australian public servant who served as private secretary to Prime Minister Ben Chifley. In 1947 Tyrrell began a twenty-six year term as Official Secretary to the Governor-General, during which time he served six vice-regal representatives. Tyrrell was named a Commander of the Order of the British Empire in 1959 and a Knight-Commander of the Royal Victorian Order in 1968. During a Royal Visit in 1963, Prince Phillip suggested to Tyrrell that Australia should establish a branch of the World Wildlife Fund. Tyrrell forwarded the suggestion to Australian conservationist Francis Ratcliffe, who was instrumental in the formation of the Australian Conservation Foundation the following year.

The Canberra Australia Day Council named Sir Murray Tyrrell Australian of the Year in January 1977; meanwhile  Dame Raigh Roe was honoured with the same title at the Australia Day luncheon in Melbourne.