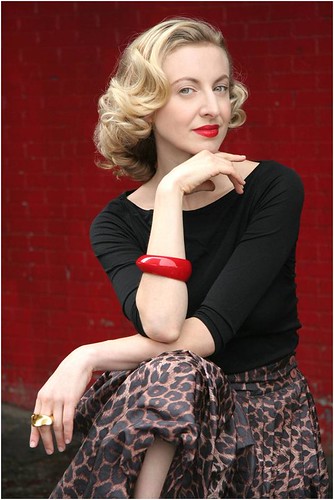 Melbourne-born Poppy King developed a passion for lipstick as a child, but could find no product that suited the 1940s style that she hoped to emulate. Shortly after leaving school, King borrowed $40,000 and launched the ‘Poppy’ lipstick range, which quickly found a market niche with long-lasting, matte lipsticks in strong and vivid colours. By 1995 King had built a successful cosmetics business with an annual turnover of more than $6 million. Time magazine named her a Global Leader for the New Millennium.

In 1998 Poppy Industries expanded its product range and attempted to break into the American market, but it ran into financial trouble and wound up in 2002. King moved to New York and worked as a creative consultant for Estée Lauder for three years. In 2006 she returned to her great passion and started the boutique range ‘Lipstick Queen’ from a home office in Manhattan.